What is a Laser Projector

A laser projector is a type of projector that uses lasers as the light source. Instead of using a traditional bulb or lamp, a laser projector uses lasers to produce the image that is projected onto a screen or other surface. Laser projectors are known for their high brightness, high contrast ratio, and wide color gamut, which makes them ideal for use in large venues such as conference rooms, theaters, and auditoriums.

They are also more energy efficient than traditional projectors and have a longer lifespan, making them a cost-effective option for both home and commercial use.

How Do Laser Projectors Work

A laser projector works by using a laser to produce a beam of light that is then focused and directed onto a screen or other surface. The laser beam is produced by a laser diode, which is a type of semiconductor device that is able to emit a concentrated beam of light when an electric current is passed through it.

The laser diode is mounted on a moving platform called a galvanometer, which allows it to scan the beam across the screen in a fast, precise manner.

The laser beam is focused and directed onto the screen using a series of lenses and mirrors, which are carefully aligned to ensure that the beam is properly focused and has the desired intensity.

The laser projector is able to produce high-quality, bright images because the laser beam is extremely focused and has a very high intensity. This allows it to produce a bright, clear image even in well-lit rooms, making it ideal for use in a variety of settings, including conference rooms, theaters, and other public spaces.

Additionally, laser projectors are known for their long lifespan, as the laser diode is able to produce a beam of light for many thousands of hours without needing to be replaced.

How a Standard Projector Works

A standard projector works by using a light source, a lens system and a display surface to project an image from a computer or video player onto a screen or wall. The light source is typically a halogen lamp or an LED, which generates a bright beam of light. The lens system consists of a series of lenses that focus and direct the light onto the display surface.

The display surface is usually a special type of screen that is designed to reflect the projected image clearly and brightly. The screen can be made of materials such as white fabric, whiteboard, or even a wall painted with special white paint.

To project an image, the projector first receives the image signal from the computer or video player through a cable connection or wireless transmission. The image signal is then processed by the projector’s internal electronics, which convert the signal into a series of light and color data.

The light source illuminates the projector’s color wheel, which is a spinning disk that contains a series of filters in red, green, and blue colors. As the color wheel spins, it sends the filtered light through the lens system, which projects the image onto the display surface.

Some projectors also have additional features such as keystone correction, which allows the user to adjust the shape of the projected image to fit the screen or wall. Others have built-in speakers or the ability to connect to external speakers for sound.

One of the biggest differences between a laser projector and a traditional projector is the color accuracy and brightness of the image. Laser projectors are able to produce a wider color gamut, which means they are able to display a greater range of colors. This results in a more vibrant and lifelike image that is especially noticeable when watching movies or playing video games. Laser projectors are also able to produce a brighter image, which makes them ideal for use in well-lit rooms or for outdoor presentations.

Laser projectors are also typically more energy efficient than traditional projectors. This is because they use lasers, which are more efficient at converting electricity into light, rather than bulbs or LEDs which produce more heat and use more energy. This makes laser projectors a more environmentally friendly and cost-effective choice for businesses and institutions.

One potential downside to laser projectors is the cost. They tend to be more expensive than traditional projectors, due to the more advanced technology involved in their construction. However, the long lifespan and energy efficiency of laser projectors can help offset the initial cost over time.

Laser projectors are generally considered safe when used in accordance with the manufacturer’s instructions. However, it is important to use caution when handling and operating laser projectors, as they can potentially be harmful if misused.

The laser beams used in projectors are typically low-power and are not harmful to the naked eye. However, it is important to avoid staring directly into the beam or shining the beam directly into someone’s eyes, as this can cause eye damage.

It is also important to handle laser projectors with care, as some models may generate heat that could cause burns if touched. Additionally, the use of laser projectors in certain environments, such as flammable or explosive areas, may present a safety hazard.

What is a laser projector?

A laser projector is a type of projector that uses lasers to produce an image or video on a screen or other surface. Laser projectors are known for their bright, high-quality images and ability to display a wide range of colors.

How do laser projectors produce an image?

Laser projectors work by using lasers to produce light, which is then projected onto a screen or other surface through a series of lenses and mirrors. The light is modulated, or varied, by the projector to create the desired image or video.

What are the benefits of using a laser projector?

Laser projectors have several benefits over traditional lamp-based projectors. They produce a brighter and more vibrant image, have a longer lifespan, and require less maintenance. They also have a faster on/off time, allowing for a more seamless presentation experience.

In general, laser projectors tend to be more expensive than traditional projectors. However, the initial cost is often offset by the long lifespan and low maintenance requirements of laser projectors, making them a cost-effective choice over time.

Can laser projectors be used in any setting?

Laser projectors are versatile and can be used in a variety of settings, including classrooms, conference rooms, theaters, and more. They are well-suited for use in environments with high ambient light, as they produce a bright and clear image even in well-lit rooms.

In conclusion, laser projectors work by using lasers to produce a beam of light that is then directed through a series of lenses and mirrors to create an image on a screen. The laser light is generated by a laser diode and is then modulated by a digital micromirror device or a liquid crystal on a silicon chip. These devices are able to manipulate the intensity and color of the laser light to create the desired image.

The resulting beam of light is then focused onto a screen using lenses and mirrors, creating a high-quality, high-resolution image. Laser projectors offer several benefits over traditional projectors, including a wider color gamut, longer lifespan, and lower maintenance requirements. They are commonly used in a variety of settings, including classrooms, conference rooms, and home theaters. 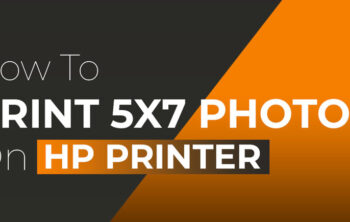 Let’s admit it printers have saved us in a lot of situations. Running to the nearest cyber store … A projector screen is an essential component for a home theater setup or a professional presentation. It allows … How Do Laser Projectors Work | Are Laser…